We left Malaga and arrived in our Valencia hotel after midnight. We discovered we were only a couple of hundred metres from the old city, a mere 10 minute walk. 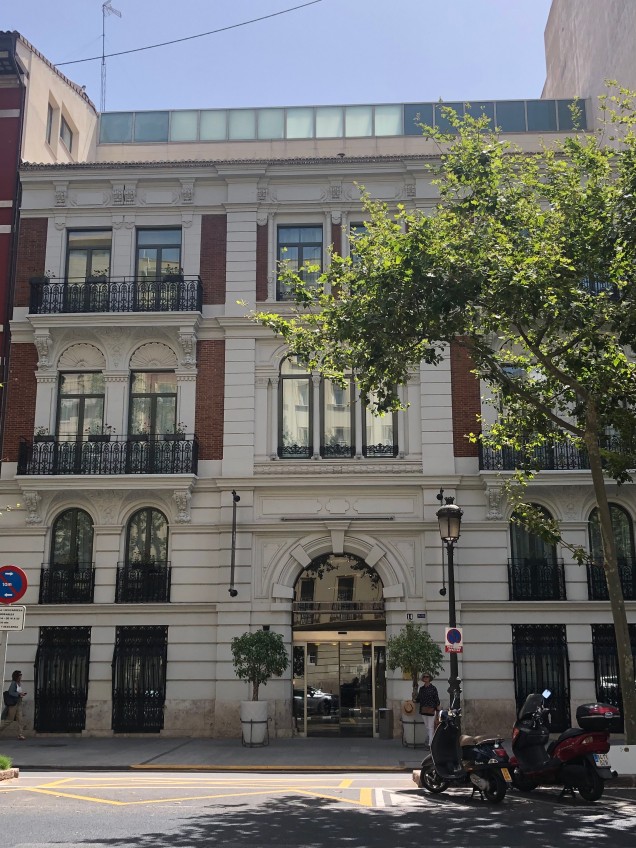 This is the Plaza La Reina in the old part of Valencia, a nice place to have a cold drink and watch the world go by. At this stage it was getting rather warm with temps in the mid to high 30’s.

Here are young Sywlia and Xuano at the altar of the San Vicente Martir church in Valencia. A very old catholic church.

Here are all the Czocharas with the groom,his mum and sister on the steps after the ceremony. It was nice to catch up with the family after meeting them in 2001 on our trip.

We had the reception out of town and it went rather late as Kay and I caught the 3am bus back to Valencia. (photos of this to come)

The following evening there was a feast at a restaurant which involved the whole Czochara family. A lavish feast which went on till about 1am. These Poles and Spanish certainly know how to party and have a good time.

Another photo of the Czochara clan.

Kay and I just before the feast started.

More phots of the wedding and celebrations will follow. Now onto Singapore.

One thought on “Valencia”