The trip from Lisbon to Casablanca took about an hour. The trip from airport to hotel took almost as long. Casablanca is another large city, population about 3.5 million. The traffic is absolute chaos to a westerner but the traffic seems to flow. 15 Australian $ would get you about 100 dirham and in the supermarket a very nice local beer, Casablanca, 330 ml costs 17 dirham. The same in a hotel etc costs 50 dirham. The food covers all taste but the Tagine seems to dominate, chicken lamb or beef. The current king Mohammed VI became king in 1999. A search on google will reveal he is the most corrupt monarch in the world.

The Hassan II Mosque is the largest in Morocco and the 3rd largest in Islam. The minaret is 210 metres tall and can hold 25,000 worshipers and opened in 1993.

The next day we set out for Meknes and along the way passed some 2000 year old Roman ruins at Volubilis and had lunch there. It was starting to get rather warm low to mid 30’s 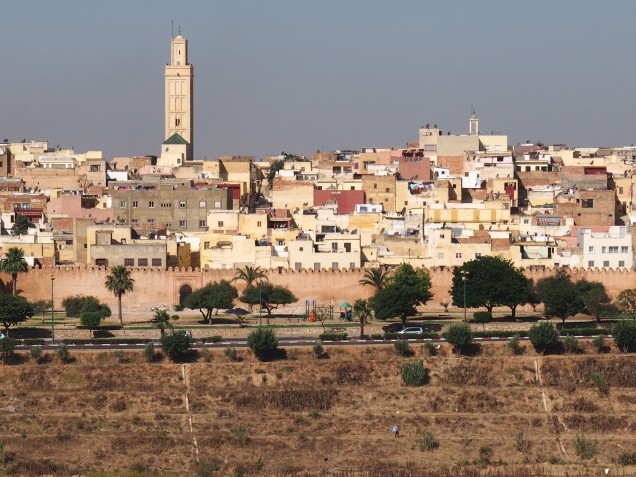 This is the wall around the medina of Meknes. A very specular imperial city with a population of about 620,000. We stayed in a very nice Riad and enjoyed the specular square.

We traveled to Fes and checked into our Riad and then did a tour of the city. This included a 3 hour walk through the bustling and crowded median which has thousands of street and alleys and included the Tanning pits, where we were given a piece of fresh mint to mask the terrible smell. 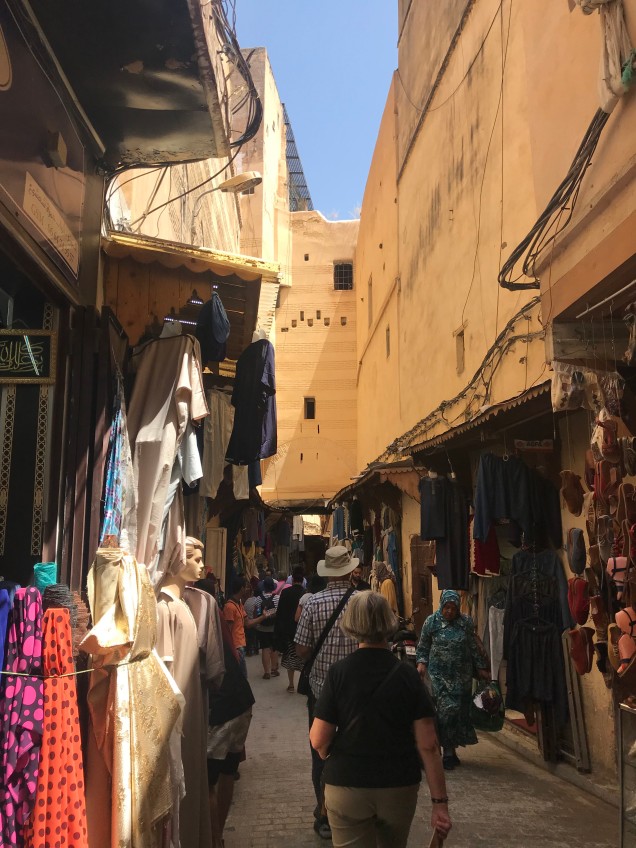 A couple of shots of the walk through the Fes medina 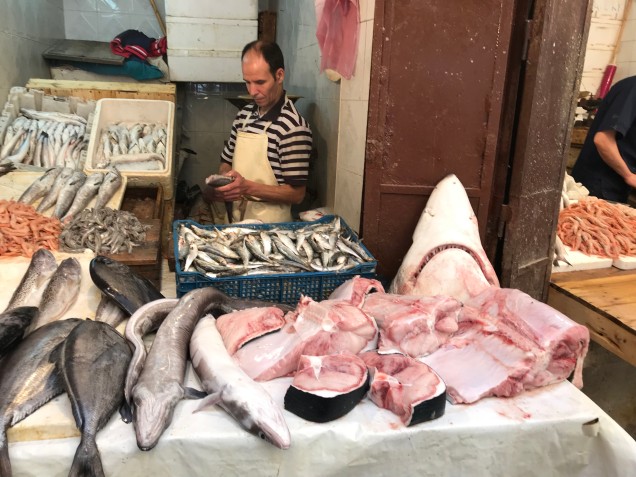 This fish shop was in the Fes medina but we didn’t buy any. Note the shark head. We noted that there was a refrigerator in the back of the shop.

We now move onto Marrakech